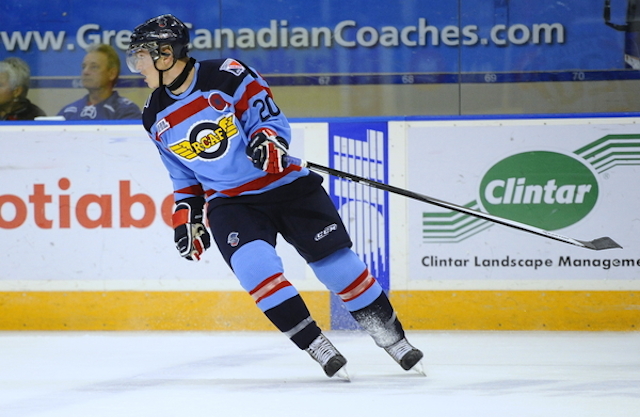 2014 NHL Draft eligible prospect, Nick Magyar has moved into 3rd place in OHL rookie scoring race. Magyar has 13 points in his last 13 games since we last posted the rookie scorers. Leading the pack is Travis Konecny, our top ranked prospect for the 2013 OHL Draft and the Ottawa 67’s 1st overall selection. Konecny is having an outstanding rookie season with Ottawa, posting 13 goals and 39 points in just 36 games. Sitting 3rd in the rookie scoring race is Mitch Marner from the London Knights. Marner leads the group with 29 assists in 39 games.

HockeyProspect.com is a very accurate and entertaining website for all hockey fans while also providing a reliable, independent resource for all hockey executives, coaches and scouts in the game today. Mark and his staff’s hard work and knowledge continue to grow the website’s content and coverage.