It was a ‘tooth and nails’ affair for both clubs in this opening round robin matchup between Finland and the United States. The Finns played a predictably defensive game and the Americans looked a little disjointed and restless in a low scoring affair. Nonetheless, this was an exciting game for fans and followers of both the Finnish and American junior hockey programs, as it would be many folks’ first chance to see a bevy of 2015 and 2016 draft-eligible talent from both countries.

Those aforementioned draft-eligible American blueliners looked a bit nervous out of the gate, as they were skating on their heels early and went down 1-0 on a Mikko Rantanen scoring opportunity that found its way into the net. However, not too long after that, Eichel earned an assist off of a masterful pass from behind the goal-line, giving Alex Tuch (Minnesota, 1st Round, 2014) a one-timer goal from the slot, for both players’ first points of the tournament. Tuch and Eichel continued to build chemistry as the game progressed.

The Finns, in typical Finnish style, then receded into a defensive system that limited the Americans chances in the offensive zone, resulting in no goals through the proceeding fourty-plus minutes. Goaltender Ville Husso (St. Louis, 4th Round, 2014) and forward Artturi Lehkonen (Montreal, 2nd Round, 2013) were both crucial figures in the execution of this gameplan, with Husso making breathtaking saves to preserve the tie, and with Lehkonen showing amazing effort on the backcheck, featuring a desparation goal-line clearance to keep the puck out of his net. Americans Will Butcher (Colorado, 5th Round, 2013) and Brandon Carlo also deserve credit for their defensive efforts on behalf of the Americans.

Strong defensive play and a bevy of unnecessary penalties disrupted the rhythm of a game bursting with potential star-power. After an overtime period of five minutes, a shootout sent the fans home happy in what would otherwise have stood as a fairly dry 1-1 draw. Shooting first, Eichel scored on a patented quick wristshot that he delivers while travelling at only half-speed. Lehkonen pressed the Americans for another after scoring on Thatcher Demko (Vancouver, 2nd Round, 2014), but Chase De Leo (Winnipeg, 4thRound, 2014) responded with a five-hole wrister that was good enough for the winner in a 2-1 American shootout victory. As for those 2016-eligible prospects, Auston Matthews and Jesse Puljujarvi both had fairly forgettable performances in what turned into something of a stalemate between two good programs.

Mikko Rantanen – Like his draft-eligible classmate Jack Eichel, he scored the only regulation goal for his team, making him a key contributor for his Finnish club’s moral victory. He’s blessed with a good shot and isn’t a bad passer either, making him a dual-threat in the offensive zone. He’s acclimatizing well to North American rinks. He and Roope Hintz played on the same line.

Jack Eichel – It wasn’t the best game we have seen Jack Eichel play, but he managed to show off some of his skill to fans in Montreal who may have been seeing him for the first time.

Will Butcher – Playing important minutes on a depth pairing, the 5-foot-10 Will Butcher compliments the 6-foot-3 Brandon Carlo very well, as he showed tonight. While he didn’t put any points on the board, he continually looked both dependable in his own end and dangerous in the attacking zone from the blueline. 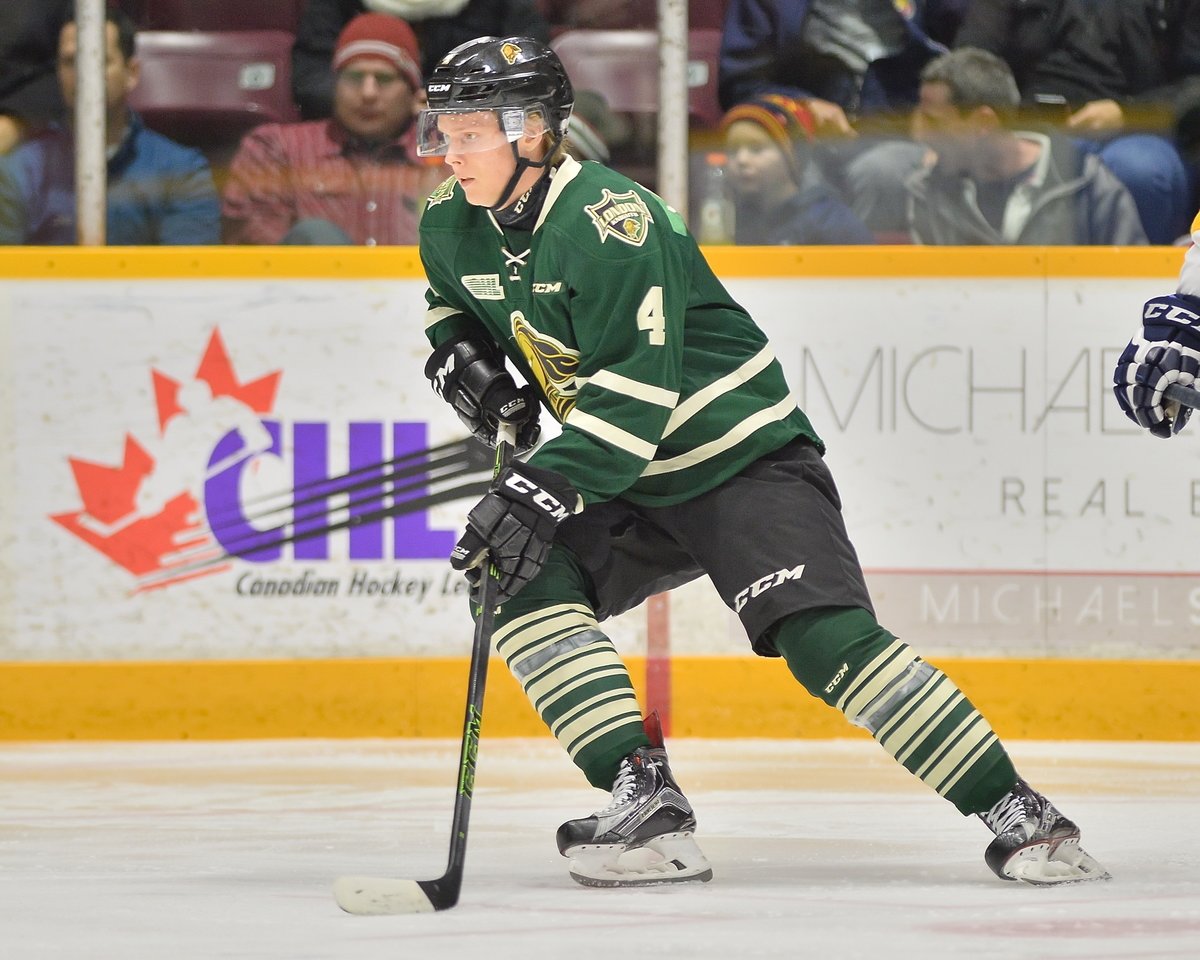